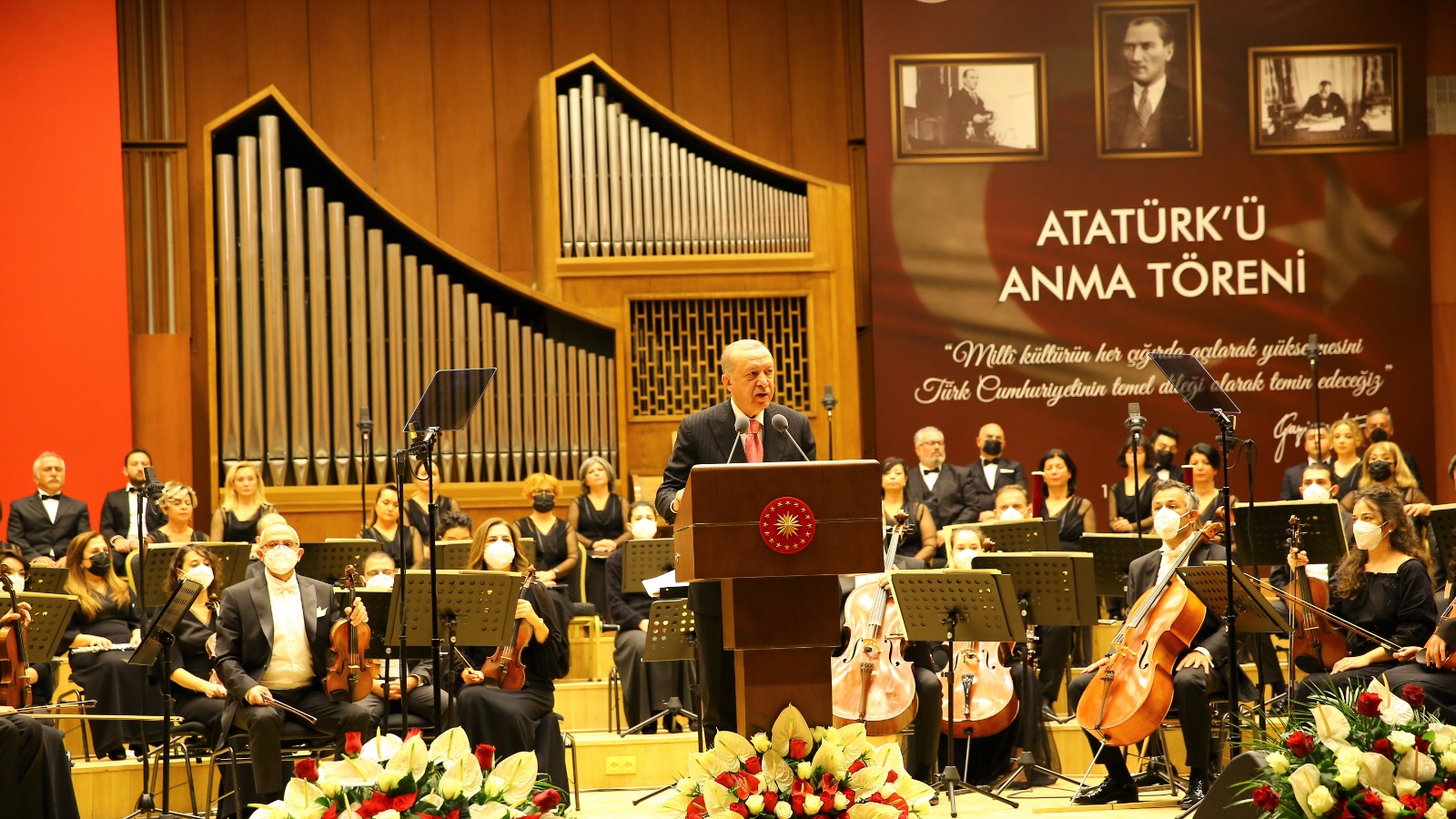 The memorial ceremony for the 83rd death anniversary of Gazi Mustafa Kemal Atatürk, founder of the Republic of Türkiye held in the Presidential Symphony Orchestra Concert Hall. President Recep Tayyip Erdoğan, Minister of Culture and Tourism Mehmet Nuri ERSOY, and state officials attended the ceremony. As part of the ceremony program, the “Atatürk with Photos from Our Archive” exhibition was organized by the Atatürk Research Center, one of our institutions. 50 high school students invited to Ankara from Hakkari Yüksekova within the scope of the 10 November Commemoration of Atatürk activities by the Turkish Historical Society took part in the ceremony.

The ceremony started with a moment of silence and the singing of the National Anthem. At the ceremony, President Recep Tayyip ERDOĞAN, Minister of Culture and Tourism Mehmet Nuri ERSOY, and President of the Atatürk Supreme Council for Culture, Language and History, Prof. Dr. Muhammet HEKİMOĞLU made speeches.